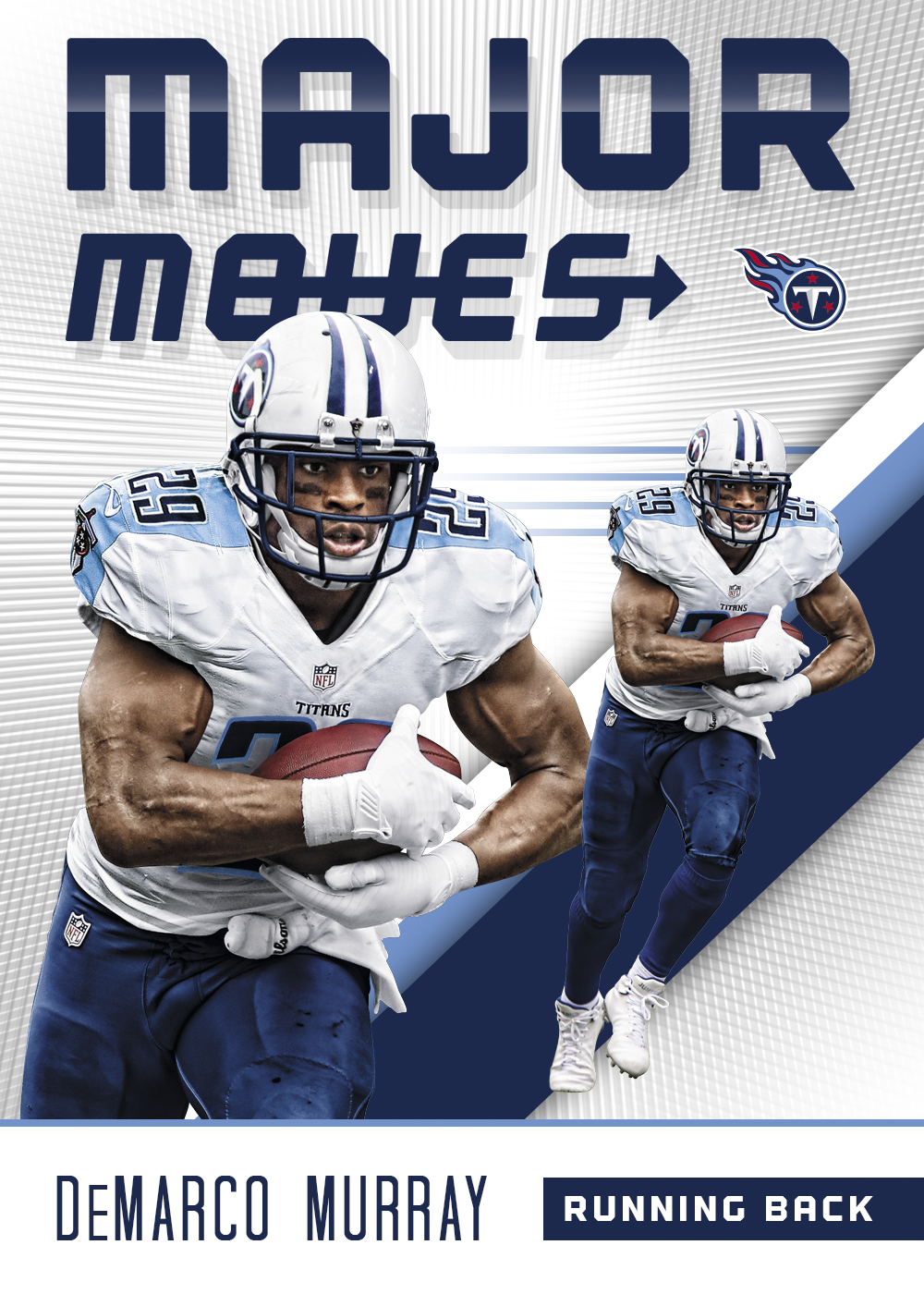 There will be a lot of fresh faces in new places for the 2016 NFL Season. To introduce you to some of the players that will debuting in new jerseys this year, we present the Major Moves set! The set consists of 10 players along with a special Reward Card. A new Major Moves insert will release every 4 days.  Once a new Major Move insert is added to packs, the previous one will be retired. Collectors will have until June 30th to complete their set for the Reward Card.