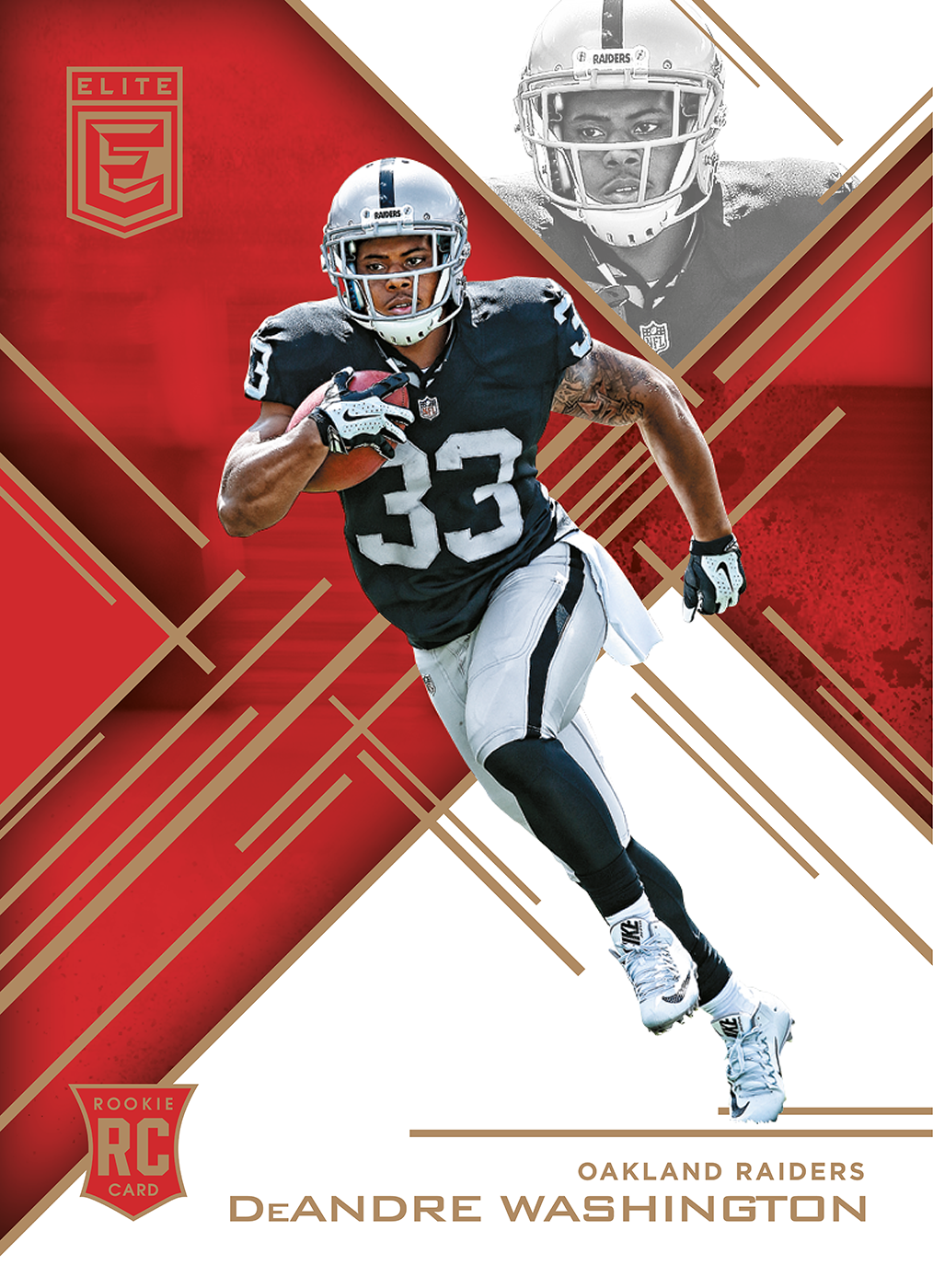 Remember, you only have until 7/27/16 – 3:00 pm EST to collect the DeAndre Washington Teal, Green, Purple and Red Elite Rookie cards to get the limited Orange variation: